All NAG students are under pressure due to the end of year’s exams. Especially the 10th class who are sitting for their official  SLC (school leaving certificate) the results of which will be published in approx. 3 mths.

In March Holi (the festival of colours) was celebrated with enthusiasm by all the NAGers .

The NAG Band “New Age” performed as front group for 2 concerts of the famous Nepali band  “Robin and the new revolution”  which has also played internationally.  Robin often visits  and performs in NAG where all the children are great fans of his.

Thanks to tuition from Ida  a volunteer, many NAGers became  enthusiastic knitters. Both girls and boys  knitting their own socks and caps. 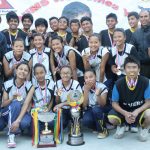 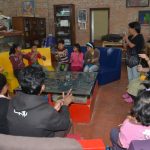 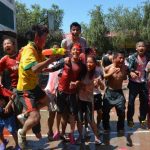 [divider type=“fading“ /]
[big_text]Naturally life is not all sunshine in Kathmandu and NAG[/big_text]
[divider type=“fading“ /]
however Nicole continues to cope with a variety of set-backs and legal problems as they occur.Yet another  very serious problem has recently risen. According to a new law, in order to sit for the SLC exams only children with an official birth certificate stating that the father is  Nepali and with his signature (IF he can be found) are allowed to take the exam!¨The signature of the mother is not recognised! This is a major problem for most NAGers  who either have no father or don’t know his whereabouts! Birth certificates are not given routinely after births therefor only issued when necessary. Nicole and the school principal are exploring all possible means of solving this dilemma.